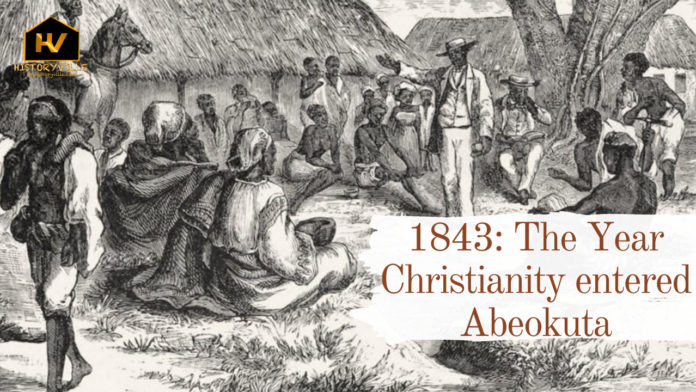 Before the coming of Christianity to Abeokuta in the mid-19th century, the Egba people of Abeokuta were peaceful forest dwellers of the Yoruba country, in present-day Ibadan, of whom nothing was known until their 18th-century rebellion against the central authority of the Oyo Empire.

How did the Egbas leave their forests? What caused their fight with the Alaafin of the Oyo Empire?

The Freedom from Oyo

Liberation took place around the year 1780 under the Lishabi’s leadership. The warrior was a resident of Igbehin, who had been born in Itoku. It was he who freed the Egba people by organising concurrent killings of the Ajele or Ilaris in all the towns of Egba, which began at Igbehin. In total, more than 600 of them were wiped out in a single day.

Ilaris were the agents of the Alaafin and the collectors of the tribute paid to the treasury of the Alaafin from all territories under the Oyo Empire.

These Ilaris behaved like an army of occupation in the places they had run. Their oppressive rules mark them as an instrument of oppression and suppression of the people. It was the reckless lives of these Ilaris in Egbaland that threw up Lishabi and his colleagues who vowed to put an end to the evil law at all costs when they destroyed the Ilaris in their midst.

So soon as the news reached metropolitan Oyo, the capital of the Oyo Empire, the Balogun didn’t waste any time sending the army to crush the Rebellion. The Egba, however, expected revenge and integrated it into their strategy. The revenge army was defeated, and the liberation of the Egbas from the yoke of the Alaafin was secured.

Around 49 years later, in 1829, Lamodi of Igbehin, who was also the Balogun of the Egba, living in Maye’s camp in Ibadan, determined that the Egba should find a way to escape Maye’s abuse. Previously, the Egbas had learned of Abeokuta in their search for a safe place to settle in. They then sent Sobookun, the Chief of Ilugun, and others to bring a handful of soil, and the outcome was fruitful.

It should be noted that the Egba people did not arrive at Abeokuta at the same time in 1830. The first batch to arrive in Abeokuta consisted of Egba Alake, Oke Ona, and Gbagura. Consequently, Olufakun took the Owu people to Abeokuta. In an epic battle, Lamodi lost his wife while trying to save his first son, Osota from being captured by Maye’s army, who were pursuing them.

However, before he died, he relinquished leadership to Sodeke, the Seriki of the Egba. It was Sodeke, who commandeered the Egba Alake into Abeokuta. Balogun Olunloye led Egba Oke-Ona while Oluwole Agbo brought the Gbagura to Abeokuta.

It was discovered that the leader of Iloko, called Idowu Liperu, had lived in the settlement earlier. He had crossed the River Ogun and eventually settled on the farmland where three hunters, Jibulu, Ose, and Olunle, joined him.

Unlike Liperu who built a house with the aid of the then Olubara Lafa, the three hunters stayed in caves under the Olumo Rock. They were the ones who told the delegates of the Egba, who had come to take earth samples, about the Rock.

A farmer named Adagba and others moved to Olumo to join Liperu and the three hunters who had settled there. Adagba was a courageous man who had his farmland very close to the Olumo. The settlement was renamed “Oko Adagba” (Adagba farm) another name for Abeokuta.

Olumo means, created by the Lord.

However, scholars have argued that the meaning of Olumo is Oluwa fimo meaning, God has put an end to our wars against our enemies and their sufferings.

Abeokuta, also known as Abe Olumo, means “Under the Stone.”

Between 1830 and the turn of the century, the settlers in Abeokuta were forced to fight several wars for the survival of an expanding settlement.

In 1832, the Ijebu-Remo people incited the new settlers to take up arms against several Ijebu-Remo towns in the Owiwi War.

In 1834, the attempted invasion of Ibadan also challenged them in a war that resulted in the heavy defeat of the Ibadan army at the Battle of Arakanga, which demonstrated the power and indispensability of the warriors of the Owu settlers, who had only recently been persuaded by Sodeke to settle with them in order to boost the defences of the new settlement.

Years after Sodeke’s death, they would also fight some wars with Dahomey where they roundly defeated King Ghezo’s army (I shall write about that later).

The Arrival of Christianity

In 1839, just nine years after the founding of Abeokuta, the Egbas (who had been freed from the slave trade and settled in Sierra Leone, where they had been taught by the Europeans and had accepted Christianity) began to move to Badagry and then Abeokuta (when they learnt that their people had left the Egba forests).

On December 19, 1842, Reverend Henry Townsend (1815-1886) arrived in Badagry to spread Christianity in the region. He was sent by the Christian Missionary Society (CMS) in England to gather more information about the Yoruba nation and, in particular, the people of Egba, who wished the missionaries to be present in Abeokuta.

Once Townsend arrived in Badagry, he learned that he had been preceded by some “Messengers of Peace,” the Methodists headed by Reverend Thomas Birch Freeman had set up a mission in Badagry.

In fact, on December 11, Freeman had visited Abeokuta at Sodeke’s invitation and had just returned to Badagry when Townsend arrived and the account Freeman had given of his reception in Abeokuta encouraged Townsend.

Townsend reached Abeokuta on Wednesday, January 4, 1843. A horsemen’s party was sent to receive him, and it was a great reception. Many of the Egba denizens left their markets and homes to catch a glimpse of the “white man” as they greeted him in the English language: “How do you do, white man? How do you do, you that are coming?”

Since Ifa had already predicted the coming of Townsend, Sodeke welcomed him warmly and made the clergyman sit on his lap, a sign of sincere acceptance and hospitality. Sodeke’s four wives were present as well.

Certain chiefs who welcomed the visitor were Okukenu (who later became the first Alake), Ogundipe, Osundare, Ogundeji, and Ogunbona. Because Ake was paramount to the Egbas, it was agreed that the august visitors would be quartered there and that they would be given three acres of land to build on.

The first church service which ushered in Christianity to Abeokuta took place on Sunday, January 8, 1843, and Townsend preached the sermon from the Bible Book of Luke 14:12-24. The service was conducted in Chief Sodeke’s residence, and Andrew Desalu Wilhelm (c.1820-1866), a former Egba slave, who had already been a catechist and had followed Townsend from Badagry, acted as an interpreter.

One week later, on Tuesday, January 10, 1843, Reverend Henry Townsend had to return to England via Sierra Leone for his ordination, and Sodeke had given him gifts that included an elephant tusk, a large white goat, and twenty cowries in a covered calabash.

While he was gone, Wilhelm was managing the work in Abeokuta work, and Christianity in the settlement developed tremendously.

A section of the land given to Townsend by Sodeke was used to erect a building simply referred to as Ake Church in 1844 (now St. Peter’s Anglican Church, Ake, Abeokuta).

The walls and seats were made of clay, while palm fronds were used to cover the building. With Wilhelm’s zealous preaching leading to great converts, the traditional worshipers became furious and burnt down what was, in fact, the first church in Nigeria in 1846.

Instead of dampening their excitement, the converts were ferociously encouraged to further expand their area, both numerically and physically.

The Ake Church was the first building in Abeokuta to be built with corrugated iron roofing sheets. Aggressive evangelism still persisted, and even when the building had yet to be completed, Townsend held services in front of the house in Ake.

Later, membership increased to about 200 participants. By 1852, the number of worshippers had grown so much that they needed to expand the church at a cost of £200.

On March 17, 1859, Bishop Brown, who had come from Sierra Leone, dedicated the expanded church. At that ceremony, a priest was ordained and 180 members were confirmed by the Bishop.

Years later, in 1911, Reverend Josiah J. Ransome-Kuti, the father of Israel Oludotun Ransome-Kuti and grandfather of Fela Kuti, was appointed a clergyman of the Ake Church after he had previously served as the superintendent of the Abeokuta Church Mission.

Impact of Christianity in Abeokuta

In August 1846, when Townsend returned for the mission work to spread Christianity in Abeokuta, he was joined by a native and one of the Sierra Leonean freed slaves, Reverend (later, Bishop) Samuel Ajayi Crowther (c.1809-1891).

The efforts of the missionaries affected the citizens of Abeokuta in diverse ways. Apart from the social rejuvenation that occurred, people began to profit from ginnery and cotton exports, which began in 1849. Human sacrifice and slavery were also restricted.

The first newspaper in present-day Nigeria, Iwe Irohin was published in Abeokuta in 1859, and the Bible was first translated into the Yoruba language in the year 1862.

In order to establish the value of legal trade, the missionaries encouraged the entry of European merchants to Abeokuta. The nobles of the town started to develop good etiquette through the observations of these foreigners.

Many neighbouring cities, who heard of the success and prosperity of Abeokuta, also welcomed missionaries into their midst, which eventually led to the establishment of Christian stations at Oyo, Ibadan, Iseyin, Ile-Ife, Ilesa, and other Yoruba towns.

Tucker, Sarah (1853), Abbeokuta; Sunrise Within the Tropics: An Outline of the Origin and Progress of the Yoruba Mission. Pg. 84-93. New York: Robert Carter.

Was Calabar ever the capital of Nigeria?